What is systems thinking? (Part III) 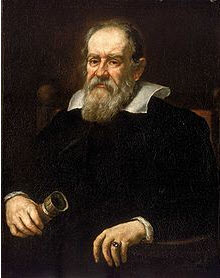 Part III (Going Further)
In Part II of this article, I suggested that if we remain wedded to a mis-placed set of thoughts and beliefs about business, we will end up asking the wrong questions.  We cleverly ask these questions from within our  old intellectual bubble, coming up with “new-and-improved” solutions to problems, however we only end up doing the (same old) wrong things righter. What happens if we apply bigger thinking to business challenges, though?  So there is this thing called systems thinking, so what?

If we think bigger about business problems, we can make a fundamental shift in effectiveness.  I often use our shift in thinking from a geocentric to a heliocentric view of the solar system as an example of the difference that a paradigm shift can have on our lives.  So Copernicus said the sun was the center of the solar system, so what?  What did that mean in a very practical sense?   Copernicus challenged the prevailing orthodoxy of the time, which was central to Church doctrine.  Kepler, Galileo and Newton followed on, demonstrating with science that Copernicus was right.  So what?  Just try and tell me that the scientific revolution that followed on didn’t make much of a difference to the average person’s life.  Think of the ripple effects.  The scientific revolution…..science gives us the means to challenge the prevailing institutions of governance…science encourages us to think for ourselves….science revolutionises medicine, technology, art and culture, architecture, food production…..

Similarly, systems thinking is revolutionizing how we organize work and how business does business.  There are examples of how applying systems thinking is making business more responsive to customers, more satisfying and meaningful for people who work there and more effective at what it does.

How do we organize ourselves?  Command-and-control hierarchies are so 19th century.  They are about controlling the business.  As this example from Portsmouth City Council demonstrates, a really effective business will be driven by its customers.  Business decisions will be made at the point where it interacts with the customer.  Often, important decisions are made by those in a managerial role, distant from the customer.  ”Managers know best” is one of those nasty underlying assumptions on which we base the role of a manager and influences how we organize work.  If I’m most effective at work, I should be responding to market demand, not management diktat.

Taking a systems thinking perspective on how a business does business can illuminate the need for transformation; for actually doing something radically different.  Much as Owen Buckwell did at Portsmouth City Council, asking the right questions from a bigger picture perspective will highlight what lies beneath some of the seemingly intractable “stuckness” in getting to real effectiveness.  Government inspectors routinely gave the Council glowing reports, however Owen knew that things weren’t right.  How did he know?  ”Noise” in the system that didn’t come from the conventional ways of measuring the work.  Customers were constantly complaining and Owen was unsettled enough to ignore the positive government reports and instead seek to uncover what his “market” was actually saying.  These government inspectors measured customer satisfaction, for example, by asking questions such as, “Did the tradesman smile when you answered the door?” and “Did workmen clean up after their work?”  They didn’t ask, “Was the problem completely rectified?” or “How many times did the tradesman have to come back to fix something that wasn’t fixed properly at the first visit?”  They were there to provide a service to ratepayers and Owen recognised that this wasn’t happening satisfactorily, so he began to ask the right questions of the customer.  They got the big picture of how the business was performing, which they needed in order to radically transform how they did business.  Owen also had an inkling that people came to work to a good job and he was right.  By handing more operational decisions to those who carried them out, he found that job satisfaction increased.  He took action on the system, not on the people, and shifted how they do business from command-and-control (doing what government inspectors want) to a systems approach (what the customer wants).  In the end, they meet government targets “by coincidence”, but more important to Owen is that they are providing the most effective service to ratepayers.

Taking a systems thinking approach can uncover root causes of seemingly intractable blockages within a business.  It broadens our perspective and can release us from the kind of inertia that keeps us doing the same things again and again with little significant change.  Take a client of ours who realized that the problem with performance management was not “performance management”.  While consistently figuring highly in “best places to work” surveys, they had a recurring problem with “poor performance”, specifically, that people didn’t feel the organization dealt with poor performance very well.  In many other aspects, the people felt it was a great place to work, but that something had to be done to manage those who underperformed.  In some cases, it got so bad that people were “managed out” of the organization, much to their surprise.  Nobody had told them that they were under performing until it was too late and relationships had sufficiently soured to the point that they were irretrievable.  Listening to this “noise” in the system led the HR Manager to take a systems thinking approach and rather than focus on the individual managers who were not dealing with individual under performers, the root cause was identified as lying within the culture; it was a systemic issue.

A dominant theme in staff surveys was the friendliness of the place.  Digging a little deeper, it seemed that most folks thought that “friendliness” and “performance orientation” were mutually exclusive.  In other words, we can either have a friendly place to work or a workplace that focuses on effective performance; herein lay the barrier to regular and frequent conversations about performance at work.  The systemic belief that addressing work performance would undermine friendly working relationships meant that it didn’t happen often or well enough.  Our work was to assist a shift in the culture to one where “friendly and positive working relationships” were inextricably linked with “performance orientation”.  Rather than dealing with the “problem” of managers who don’t deal with poor performance, the focus was on shifting the whole system so that by the end of our work, everyone was having robust, strengths-based conversations about performance all over the place without damaging positive working relationships.  About half way through our year-long project, we joked with the executive management team, who were grumbling that their staff were now challenging them on their performance, that they would get what they asked for.

In both of these cases, systems thinking forces us to look at the whole, not the individual parts.  It is the job of the modern manager to re-vision their function from one of “controller” to one of “steward”.  The focus is on purpose, values and meaning.  What does this business exist to achieve or create in the world?  What values will guide us in doing this?  How is this meaningful for the people who work here?  It is the role of managers to ensure that the correct conditions exist for these things to be realized, not to tell people what to do.

Julian Wilson, owner of aerospace company Matt Black Systems uses a beautiful analogy in a MIX article on re-designing their business.  To rescue a dying species, old thinking tells us that we should invest ourselves in an intensive breeding program.  New thinking says that we should focus our efforts on ensuring the environment in which the species exists is provided proper stewardship so that nature can take its course and allow the species to flourish.  Eliminate the things in the environment which endanger the species, nurture those things which allow it to thrive.

If, as Daniel Pink suggests, people are truly motivated by the search for meaning, mastery and autonomy, these will come to us in an environment where the conditions allow these to thrive.  Eliminating adminis-trivia and management power games is a start.  This does not mean we leave people to do as they please.  Leaders need to re-vision their roles as stewards of the culture.  It is the culture, or the system, where managers can exert most influence and create the most opportunities for effectiveness, learning and transformation.

A lot of what is currently going on in businesses is not being talked about because it’s not part of the mainstream discourse.  Something is no longer working.  We feel it and we feel there should be another way.  Systems thinking provides us new lenses to see deeper and wider.  We must stop ourselves from repeating old mistakes and develop our abilities to think bigger so that we can go further.  Hand in hand with this, we need also to develop greater ease with the complexity we will see before us and greater confidence to deal with being a little less certain about things.  The effects of the system are there, whether we decide to look or not.

….and if you are someone who appreciates the power of systems thinking when others think you crazy, it can be useful to remember the words that Galileo reputedly uttered when forced by the Inquisition to recant his crazy notion that the Earth moved around the sun: Eppur si muove (and yet it moves).